Powering the 9.7″ Retina display is the Apple A9X chip with a M9 motion coprocessor. The 3rd generation 64-bit chip can pump out desktop-class CPU performance and console-class graphics. The faster performance allows you to multitask with ease, using iOS 9 features, such as Picture in Picture, Slide Over, and Split View. Also, the iPad Pro is capable of playing three simultaneous 4K video streams in iMovie. The iPad Pro also features 128GB of storage.

The rear 12MP iSight camera has an f/2.2 aperture and a True Tone flash. It can shoot Live Photos and 4K video as well as Full HD 1080p slow-motion video and panoramas up to 63MP in size. The 5MP front-facing camera allows you to FaceTime in HD with friends and family.

The iPad Pro comes with iOS 9 installed, which features proactive assistance as well as powerful search and improved Siri features, all while protecting your privacy. There are the aforementioned multitasking features for iPad, which allow you to use multiple apps simultaneously, as well as improvements to built-in apps. The Notes app has been redesigned, the Maps app gives detailed transit information, and the News app adds another way to keep up with the times. The foundation of iOS is even stronger, with software updates that require less space to install and advanced security features to further protect your device.

While the Retina Display of the iPad Pro features multi-touch capabilities, Apple does offer an alternative ways of interacting with the iPad Pro. The Apple Pencil is an optional accessory that can capture twice as many data points as your finger for greater precision. Force and tilt sensors transmit precise information to the iPad Pro, so you can intuitively lay down lines of varying thickness and opacity. The Smart Keyboard is another optional accessory that connects to the Smart Connector on the iPad Pro, which means you don’t have to use Bluetooth. The Smart Keyboard has Apple’s dome switches for precision typing.

iPad Pro is more than the next generation of iPad — it’s an uncompromising vision of personal computing for the modern world. It puts incredible power that leaps past most portable PCs at your fingertips. It makes even complex work as natural as touching, swiping, or writing with a pencil. And whether you choose the 12.9-inch model or the new 9.7-inch model, iPad Pro is more capable, versatile and portable than anything that’s come before. In a word, super. Incredibly portable,
with an unprecedented combination of versatility and performance.

The key to the iPad experience is the display. It’s how you interact using Multi-Touch and how you view content in spectacular detail. The 12.9-inch iPad Pro has the highest resolution of any iOS device. And the new 9.7-inch iPad Pro screen is the brightest and least reflective in the world. The 9.7-inch iPad Pro display uses the same colour space as the digital cinema industry. This wider colour gamut gives iPad Pro up to 25 per cent greater colour saturation than previous iPad models. So colours are more vivid, true to life and engaging.

People love using iPad everywhere. That’s
why the new 9.7-inch iPad Pro has a True Tone display. It uses advanced four-channel ambient light sensors to automatically adapt the colour and intensity of the display to match the light in your environment. Which means reading is more natural and comfortable — almost like looking at a sheet of paper. With a high-fidelity speaker in each corner, iPad Pro creates a rich, wide and detailed soundstage. It automatically adjusts the orientation of the high frequencies to the topmost speakers, no matter how you’re holding it. So whether you’re playing a game or watching a film, you — and your ears — will be completely immersed. The 64-bit A9X chip gives iPad Pro the power to easily take on tasks once reserved for PCs. Not to mention tasks you’d never consider doing on a PC. Despite this barrier-breaking performance, the A9X chip’s efficient architecture enables up to 10 hours of battery life. Whichever iPad Pro you choose, there’s a Smart Keyboard that fits.2 By combining new technologies and materials, Apple created a portable keyboard that’s unbelievably thin and even doubles as a lightweight yet durable iPad cover. And thanks to the Smart Connector, there are no leads, pairing or plugs. Just attach and start typing. Apple Pencil feels incredibly responsive from the moment you pick it up.2 It’s sensitive to both tilt and pressure, allowing you to create a range of artistic effects. And with its pixel-perfect precision, Apple Pencil opens up new creative possibilities. iPad Pro has remarkable cameras on both the front and the back. The 12.9-inch model’s 8-megapixel iSight camera lets you shoot beautiful photos and video. The 9.7-inch iPad Pro comes with a 12-megapixel iSight camera, which can capture 4K video, 240-fps slo-mo videos, and Live Photos. It’s also the first iPad with True Tone flash, so skin tones look great regardless of lighting.

Things are sharper on the other side of iPad Pro too. The front-facing FaceTime HD camera’s latest sensor makes video calls more lifelike.3 And on the 9.7-inch iPad Pro, the 5-megapixel FaceTime HD camera features Retina Flash with True Tone for gorgeous selfies. Even though iPad Pro can handle tasks usually reserved for PCs, it’s lighter than any PC could hope to be. The 9.7-inch iPad Pro packs heavyweight performance into 444 grams. The 12.9-inch iPad Pro is thinner than iPhone 6s and weighs just 723 grams. And thanks to the aluminium unibody, both sizes feel reassuringly solid in the hand. iPad Pro can connect to the fastest Wi-Fi or mobile networks so you can surf the web, stream films and share documents from virtually anywhere. The Wi-Fi + Cellular model supports a wide range of LTE bands when you’re not in Wi-Fi range. And the new 9.7-inch iPad Pro features 4G LTE Advanced, enabling up to 50 per cent faster mobile connections. iPad Pro uses Touch ID technology to turn your fingerprint into an unforgettable password. So you can unlock your device with just a touch. You can also make secure purchases in iTunes, iBooks and the App Store. And with Apple Pay, you can make purchases within your apps easily and securely. iPad runs iOS 9, an advanced, intuitive and secure mobile operating system. From powerful multitasking features to Night Shift and News, iOS 9 is designed to help you get the most out of iPad. You can get even more creative and productive with accessories designed especially for the scale, capabilities and power of iPad Pro.
(Sold separately.) 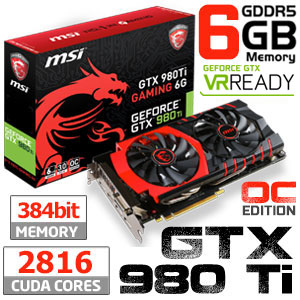